Fads come and go but the TRUTH lasts forever! 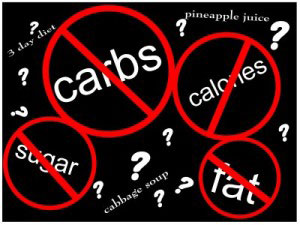 We’ve all fallen for fads at some point (after all, that’s what they’re designed for) so here’s how to save yourself a ton of time, money and unnecessary stress!

Every year (funnily enough, usually around this time of year…) a new diet or product will emerge, that some celebrity aka reality TV star claims is “the only thing that’s ever worked for me”.

So if it works for them, it must work for mere mortals like us…right?

Or…could it just be another fad?

This might sound like an oversimplification, but I’ve been seeing it almost daily throughout my career as a personal trainer. And also the reason I no longer scroll through any social media!

Things were a little different when I became a personal trainer over ten years ago, but I believe the combination of the phenomenal growth of social media (that can often feel impossible to escape from – but it IS possible) plus advancing methods of advertising, to the point that many of us no longer actually perceive adverts as adverts, has made it a far easier platform to get the fads into our subconscious.

As a result, intelligent people, who believe they’ve already “tried everything else” end up jumping on the bandwagon year after year.

How can we avoid this?

By just remembering this fact: the stuff that truly works will never be a fad.

Individualisation will never be a fad.

Yes some fads may have their benefits and/or legitimacy. But this is why it’s important to ascertain the facts by investing in a coach who knows how and why to apply them. And more importantly – when not to.

No magic way of living.

Success in whatever your goal comes down to a variety of different aspects.

Eat the right amount of food for you, not too much, not too little – just right. Exercise in a way you can recover from and that you enjoy.

Push yourself enough to create the adaptation you need, then allow the body to adapt.

Most importantly, be patient, and be consistent.

And finally, if something or someone is appealing to extremes, it’s probably just another passing fad!

Whenever fads come around, just ignore them  No matter what they are, don’t jump on the bandwagon. Next year, they’ll be replaced with something else anyway!

But if you stick with the above, it’s likely you wouldn’t have even been aware of them!