Back to Warm Up Southampton’s Big Fun Run! 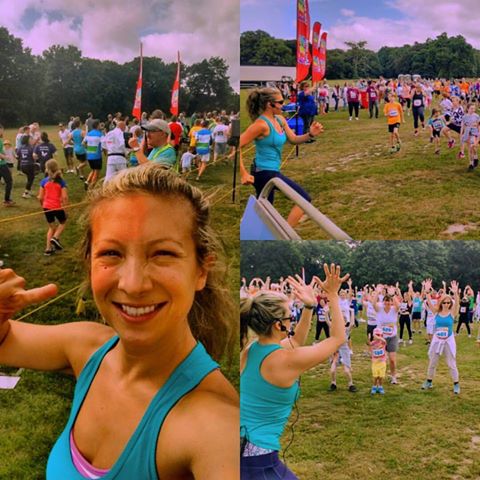 My third year warming up Southampton: thanks for having me back!

Once again (or third time again!) it was my honour to be invited back to Southampton Common yesterday morning, to warm up Southampton’s Big Fun Run runners!

In case you’ve not heard of it, the Big Fun Run is a non-competitive family-friendly event, a total distance of 5k and suitable for anyone that felt like it. The nature and general feel of the event is  always so relaxed and positive; you don’t have to be the world’s fastest or fittest person to join in!

There was another great atmosphere when I arrived at the ‘pyramid of positivity’ (I even snuck in some Yoga poses to soak up as much of it as I could) and it was brilliant to catch up with the GSI events team again. The weather was perfect, not as hot as it had been earlier in the week but a good mixture of sun and cloud cover. 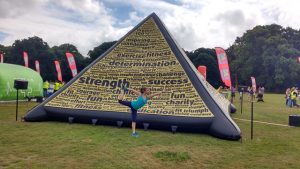 I was lucky enough to once again chat to loads of lovely people all running for a mix of charities, large and small. This event was even busier than last years, which is an extremely positive sign that more people in Southampton are getting moving! Many of the ladies I chatted with told me this run was a big significant step of their personal weight-loss journeys, despite their slimming clubs not actually encouraging them to exercise!!!  😯 So I told them it’s brilliant that they chose not to listen…

My soundtrack for this year’s warm up was old skool dance, a firm favourite of our regular boot camp attendees. And it was very positively received (especially by the runners actually old enough to remember the hits of the 90’s…) 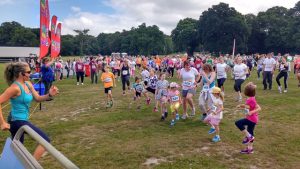 We warmed up with a combo of dynamic functional movements so everyone’s muscles and joints were the best possible condition for the run. Only having ten minutes to do this meant I had to really plan out what I’d do so I’m glad I did! And of course I once again threw in a couple of legendary Faster Boot camp-esque moves such as the infamous Party Boy. Hopefully this will stay with everyone for the rest of their lives… 🙂 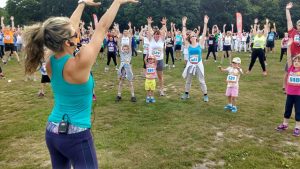 The warm up flew by and the runners were thankfully all smiling and ready to go by the time I was done. I was so happy to be invited back again! 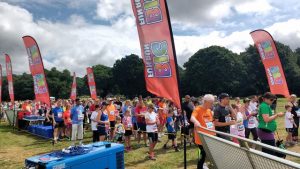 As a reward for completing the run, all Southampton fun-runners get a free taster session of Boot camp. I’ve already got several booked in for next week and am looking forward to catching up with everyone again at my next Boot camp class!

If the above applies to you, please get in touch ASAP to book yours as these sessions and offers are only valid until August 31st 2016 and there IS only one of me 🙂 See you soon and keep up your awesome work, runners of Southampton! 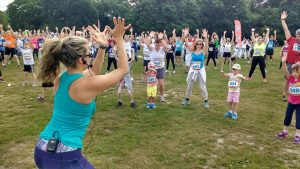