My Breastfeeding Journey: All I’ve Learned 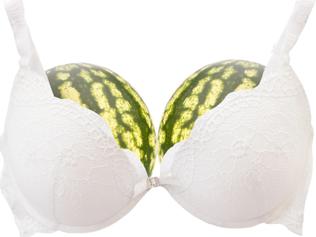 Hello and Happy (almost) New Year to every beautiful being reading this!

Yes it’s been a while since I last posted (nearly an entire year…) and that’s because I’ve spent the majority of it getting back into the groove of being both a Personal Trainer and Mama, learning how to balance the two and not burning myself out!

The latter is the reason I chose to hand the Boot Camp reigns over to my wonderful friend Jason at the end of last year.

Jason has since taken it to the next level, relocating to an absolutely phenomenal venue that has enabled the outdoors and undercover element to continue, and helping so many amazing Southampton folk get fitter, healthier and happier. As well as make a bunch of new friends!

I happen to have the most wonderful personal training clients, all so hardworking, kind and understanding and I’m so happy to be working with them. They’ve also watched me achieve my goals of both being able to breastfeed AND being able to eventually stop (not literally, I must stress…)

So I decided to write about everything I’ve learned in the 851 days of doing it, mostly because I am so very grateful and proud and also to help anyone reading this who has questions, concerns or is just curious.

And please be aware that although breastfeeding was my personal choice, I do not consider myself “pro breastfeeding” “anti formula feeding” or pro anything except knowledge and support. Everyone is free to make their own personal choice based on their circumstances and beliefs.

In terms of support, I’ll start by expressing another heartfelt thank you to my doula Sally Carter, who also happens to be a lactation consultant and supervisor of Portsmouth Breastfeeding Network (see Resources at the end of this article)

I do not believe I would have had the breastfeeding success I had without the help and support of both these phenomenal institutions and strongly recommend anyone looking for advice starts here (whether they are breastfeeding or bottle feeding- support is support and we mamas and dadas all need it.)

After my beautiful baby girl flew out of me (eventually followed by the placenta) I didn’t exactly know how to breastfeed, only that I intended to try my best to.

While preggers, I’d attended a free breastfeeding workshop (again something I recommend) which I remembered in parts but my mind was so blown from actually having a baby, I just tried to get through the first couple of days of the feeding, changing and napping blur.

I’d been so focused on staying mindful and present throughout my pregnancy and birth, I just told myself I’ll try to get her latched to get the colostrum into and work out the rest when I next saw Sally!

At first…Hell YES!!! SO PAINFUL. But that’s mostly because it was brand new to me and my boobs and I didn’t really know what I was doing. I now also totally understand how this puts so many new mamas off persevering, especially when they may be under so much pressure for the baby to “thrive”.

So I was so grateful Sally explained how the latch works and how to hold my baby to help her get the most out of my boobs.

They’d now grown to the size of small watermelons and when my actual milk arrived on day 4, this also happened to be the day my baby realised she’d been born.

So what happened? She went BATSH*T CRAZY! Until then, we’d not had any screaming from her but this was next level primal ear splitting, combined with her banging my boob with her fists until I eventually got her latched.

And my husband went pale. Hard for him as he’s part Anglo Indian, but the sound was pretty distressing and it actually made me feel so grateful to have had a baby with someone so caring!

Sally summed up what had happened perfectly: the colostrum was like rations and the actual milk was a buffet. Anyone would go a bit crazy, especially if they had to work a little bit for it!

I also noticed I would bleed way more when my baby fed. Which was pretty often! As mentioned in my last article, I’m so pleased I chose to get my placenta encapsulated, using the amazing Kimberly of Placenta Mamas.

As well as helping me survive the fist few months, this also meant I bled far less than I perhaps would have done. This only lasted about 5 weeks, and can often go on for far longer.

The other thing I noticed was how severe and sudden the thirst hit me, while feeding. Breastfeeding does dehydrate you (after all, it’s incredibly hard work) so I eventually learned to set up my “feeding station” with my litre water bottle in easy reach.

Having my baby in the middle of an extremely hot summer also made feeding pretty intense, especially on the growth spurt days where it didn’t seem to stop! Setting up in a darkened room with a fan blowing on us seemed to save me ☺️

It became apparent after a few weeks that I had a SHIT TON of breast milk. More than my baby needed and more than I knew what to do with! When I fed her on one boob, it would fly out of the other.

So I bought a little suction milk collector to collect all the milk that was flying out and we kept this in the fridge for my husband to take the odd turn feeding her. I really wanted him to be able to do this, so I’m so pleased we did as I believe it really strengthened their bond.

The collector was also so helpful for me to empty the entire breast when Buba was done. I’d previously learned this is quite important in helping to prevent mastitis, so I made sure I wrung out as much as I could.

I eventually also invested in a medula breast pump when my supply began to settle. As I found expressing is just as tiring as breastfeeding, and shouldn’t be done until Buba has finished feeding, I recommend also doing this sitting down rather than walking around getting other tasks done at the same time. Many breast pumps use this multitasking option as a selling point – seriously, save your energy!

From Boob to Food

I think there’s a bit of a misconception that as soon as you introduce solids to your Buba, breastfeeds will decrease. I’m extremely grateful my husband and I had read the Baby-led weaning book as this was the approach we wanted to take. I therefore didn’t have any expectations of milk feeds decreasing for a while.

They did though, slowly and gradually at my baby’s pace. Weaning on to solids is a whole other article in itself, so all I’ll say on it is don’t rush – there’s no hurry and every Buba is unique.

When You’re More Than Tired

My placenta capsules had run out when my baby was nearly 3 months old. I then began to feel exhausted all the time, even more so than at the start. Yes breastfeeding is exhausting, in spite of giving you a massive boost of oxytocin, but I did feel something wasn’t quite right.

My clinical kinesiologist found my FSH hormone had dropped, so I was prescribed this to take in drops with water. After a few days, I began to feel better. One mistake I did make however was trying to get as much done as possible while my Buba slept, and even answering Boot Camp enquiries while I was feeding!

Nearly every Mama I’ve spoken to whether my friends, PT clients, relatives and friends of friends has told me they did this too. Maybe we subconsciously believe we have something to prove and want to create some sort of order in our world that has basically been turned upside down and hit by an emotional meteorite.

So all I’ll say is none of it matters and it goes by in a heartbeat. The washing up can wait ☺️

My baby would wake either once or twice in the night for the first year. I’d change her and feed her back to sleep, other than on the nights where my husband would do the feed with the expressed breast milk (an absolute GODSEND!)

We moved our Buba into her own room when she was just over a year old. Although she still woke once or twice, the feeds got much shorter, which made me wonder if they were more for comfort than actual sustenance.

By circa 14 months she was sleeping through the night. Although we’d hit what I believed was the holy grail, it still took me a while to be able to sleep through the night myself (apparently this is also pretty common in new parents.)

Eating solid foods was going pretty well and I’d also give her a quick feed when I went into her room to say good morning, as well as one before her nap and before bed. This continued until she was two, when I then consulted Sally’s help once again to seek the best way of gently stopping the breastfeeding completely.

As per Sally’s advice, it was a gentle and slow process but one I’m so pleased we did. We first stopped the morning feed and eventually the one before bed (explaining to her boobies had gone night night).

She eventually accepted this (after a couple of days of a bit of confusion) so when we were just down to the one feed before her nap this felt much easier.

Our last feed turned out to be November 5th 2021 (a date I’ll always remember!) and although I wasn’t planning on it being this specific date, it transpired in her not asking for it and just cuddling up to me to fall asleep.

This is what we now do at bedtime and before naps and because we did it so slowly, I thankfully didn’t experience a massive oxytocin drop or feel teary.

This is why I believe it is imperative to keep your connection with your little one however you can, when stopping breastfeeding whether it’s cuddles, baths together and/or some quiet time with just the two of you.

So there we have it, our 851 day long breastfeeding journey! After managing to get pregnant, have a dream pregnancy, birth and healthy happy baby, breastfeeding successfully was my only other goal. I feel it’s certainly paid off as my baby is developing beautifully and to this date has never needed to visit the doctor.

I believe I would not have had the same experience if it wasn’t for the help and support I sought around me, so cannot stress enough how important it is that you build one too, whether you choose to breastfeed or bottle feed.

Thank you so much for reading, and please reach out if you have any further questions as I’m happy to help whoever I can however I can.

Wishing you and your loved ones success, joy and peace for today and always!