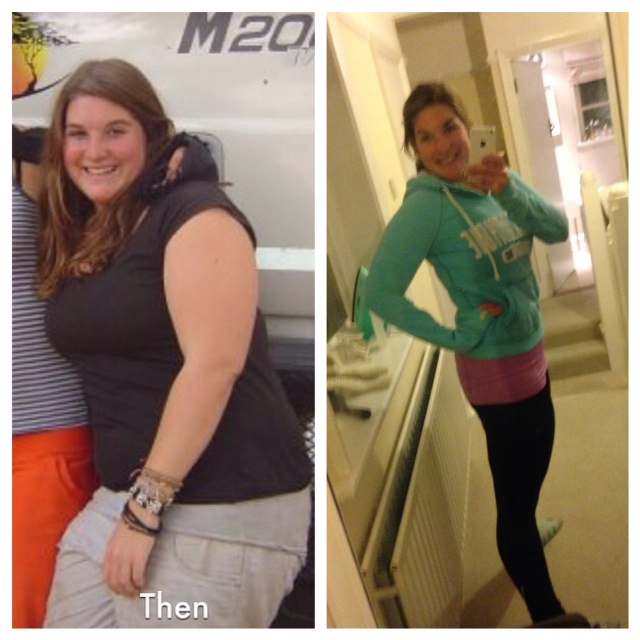 I ate and drank pretty much anything I wanted to. Moving to University meant going for cheaper options (frozen pizzas, pasta, crisps, pre-packaged white sandwiches…) As I’d always been big, I just carried on doing what I was used to. 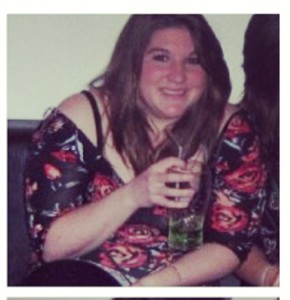 My only exercise was walking into Uni and dancing on nights out, but I drank lots a couple times a week. By Christmas 2010, I’d got even larger and found the mornings a real mental struggle. I used to try on 5-10 outfits to see what made me look ‘smaller’. Many people didn’t realise how big I actually was!

What made you want to change it?

We went skiing after that Christmas, and I couldn’t even get myself up on a snowboard without help. I felt miserable and started to realise it wasn’t right. I hated all my clothes, didn’t want to go out as much and generally felt horrible.

I constantly thought about food, my weight and how I looked. I went jeans shopping and knew I had to make a change when I struggled to do up a size 20 pair. I weighed myself for the first time in two years and was shocked to see 207lbs on the scales.

What changes did you make?

My mum and I listed all the healthier changes I could make. Doing a big online shop meant I could only eat what I’d bought.

When I went out twice a week, I had vodka lime and soda rather than wine/beer. I cut out sugar in tea and upped my water intake. After two weeks I lost 10lbs. I started running a two mile circuit three times a week, with my uni housemates.

I became hooked on running, joined the University gym and tried to go to twice a week. I had lots more energy and confidence and only changed my outfits 2/3 times – a big difference! Buying size 16 jeans was another massive boost.

Going back to uni with limited money and friends who went out 3-4 times a week meant temptation was always there. It was even harder whilst studying for my third year finals. I eventually plateaued at 175lbs for about 6 months. So after I’d finished uni and come home, I joined Gen’s Boot Camp.

What differences did you notice then?

I started to see even better results! In six weeks, I lost between 6-8inches and even more 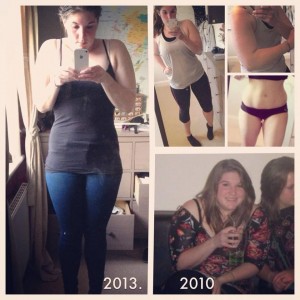 thereafter. I dropped another 15lbs in twelve weeks, after incorporating some ideas from the food plan and learning what foods were and weren’t good for me. My fitness levels increased loads; when I went skiing I could stay out all day!

My running also improved; I’ve now completed two Great South Runs and Race for Life’s. I regularly do the Southampton park runs and have signed up for Tough Mudder and the Bath Half.

How is your life different now?

I am a lot happier, healthier, far more aware of what goes in my body and how much I move. I eat way less processed food and try to make better choices when eating out. I LOVE Boot Camp and go twice a week whenever I can. I walk two miles a day to and from the station and longer walks at the weekend. I don’t drink as much as I used to, so don’t feel guilty if I do have one.

I used to hate how I looked, dread shopping and feel miserable but didn’t realise how much until I’d made the changes! I now have loads more energy, sleep better and can tell when I’ve eaten the wrong foods. I occasionally have ‘off’ days but these are improving with time.

The biggest impact has been my confidence increase. Coming out of Uni, looking for work and 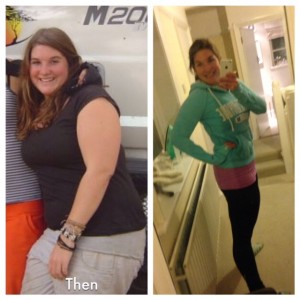 having interviews is pretty daunting. I now feel my appearance is one less thing to worry about. I can comfortably wear size 12 jeans (10 is the aim) and am far less concerned about what people think. When we went skiing last Christmas my stamina was so different – I was giving my dad a run for his money!

What words of encouragement do you have for others?

There is no doubt that without Boot Camp, I’d probably still be stuck at 175lbs trying to find a way of shifting it. Training in ways I’d never done before (and stopping relying on the scales) gave my body the kick up the backside it needed to lose the flab.

‘Boot Camp’ itself may sound scary but it’s not! There is no judgement and we are not weighed; just measured if we want to be. You work at your own pace, how hard is up to you! For the first (and only time that I can remember) I’m now under 11 stone. I’ve lost over 50 lbs and a lot of those I owe to Boot camp. The classes go far quicker than you would expect so don’t think about it, just go – you won’t regret it! 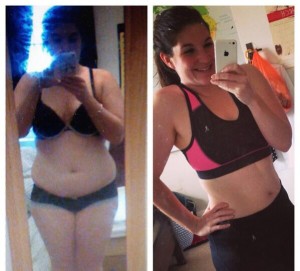