Debbie’s Amazing Transformation Story: getting her life back, stopping dieting and losing over 20 inches! 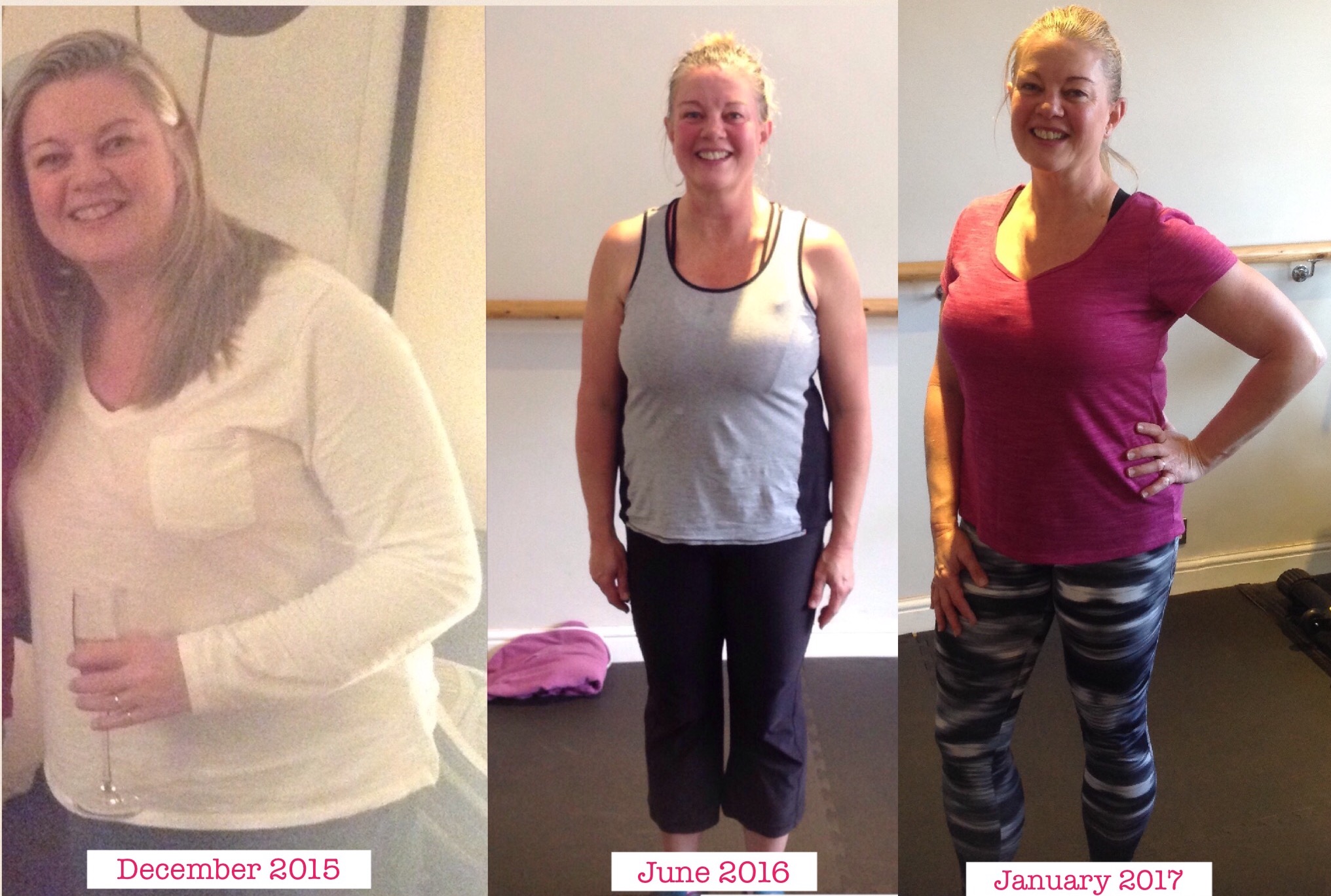 “I knew that if I didn’t make changes, I would never have any photos for me to look back on with my children and they wouldn’t remember me ever being around, because I avoided being in photos with them. I now feel happy and so glad I made the change to get healthy and start my 50’s fitter than most people in their 20’s”

Describe your previous lifestyle and how you felt…

I always had a love of exercise – ice skating when I was younger, playing netball, getting around everywhere on my bike, aerobics , mountain biking and the gym.  After having my 3rd child I took up running and built my fitness up to take part in various races including a 1/2 marathon, duathlons and a 400k bike ride around Beijing but in 2010 I suffered  with a tear in my plantar fascia.  From the minute I stopped exercising it was a slippery slope:  I ate what I wanted when I wanted, became totally inactive and put on 2 stone in 6 months and as a result became clinically depressed.

New year 2016  was a turning point for me.  I was very uncomfortable in my clothes which were a very tight size 16 (I was also in denial about how big I looked) and I no longer recognised the woman I saw in the mirror – so much so that I avoided having my photo taken.

Food become a fix for me to cheer myself up. I used to love cooking but had got very lazy and lost all interest in it. I ate anything at any time, got lazy with mealtimes and had developed a very bad habit of having toast with lots of butter late at night with a hot chocolate before going to bed.

I was constantly tired and had the previous year been diagnosed with a cows milk intolerance. I also suffered from almost constant indigestion which apart from when I was pregnant I’d never had and it was debilitating.

Why did you decide to start changing your lifestyle?

After seeing a photo of myself at a New Year’s Eve party the evidence was plain to see and I knew I had to change.  My 50th birthday was coming up in September and I just didn’t want to be that unhappy entering my 50th year.

I also knew that if I didn’t make changes, I would never have any photos for me to look back on with my children and they wouldn’t remember me ever being around, because I avoided being in photos with them.

What changes did you make?

I didn’t do anything for a couple of months because of how great my fear was. I was constantly battling with myself saying that I could do it on my own but so many attempts had failed so I had to admit I needed help.

I’d seen how successful my friend had been with Gen and had kept it in the back of my mind, but thought I could never justify the price of a personal trainer let alone get it past my husband. I was also scared of how much effort it would take as I’d got so lazy.

But I kept picturing how unhappy I would feel in September at my 50th birthday party if I didn’t do something, so decided in March that the time had come for me to change. So I bit the bullet and contacted Gen.

I can’t begin to tell you how scared I was.  I was so ashamed of how unhealthy I’d become but I really wanted to leave it all behind. Once I’d met with Gen and decided to go ahead with her as a personal trainer, week by week my confidence grew and I started to believe that I could do this.

My husband surprised me with how positive he was; apart from having my hair highlighted twice a year I didn’t spend any money on myself.  I had to relearn almost everything from scratch as all I thought I knew from before was what I’d learned at slimming clubs and the media.

Gen’s knowledge is amazing and I know that she has done her research and everything she has taught me has been proven.  I felt strong and knowledgeable in that what I was doing this time was the right way to do it. Not measuring my progress by weighing myself on the scales is enlightening!

Was it easy to incorporate these changes into your lifestyle?

Not initially. I’d become so deep set in bad habits that they took a while to all come together. My hardest challenge was giving up bread but Gen is so helpful and encouraging and let me see that because I’d being doing the same thing for almost 50 years, it was going to take a while to beat my demons.

I found the easiest thing was schedule in time to exercise.  I love doing my workouts outside and because I don’t need any special equipment, they can be done anywhere.

Over time everything has come together and she has armed me with all the information I need and how to overcome situations the next time I am faced with a scenario.

What differences did you notice?

Week on week I noticed how much more I could do previously to the week before and how I became stronger.  I noticed the change in my legs first and how they started to regain shape.

Then my clothes becoming looser and then muscle definition in my arms.  I’ve got a waist now and have a strong core!  I started to feel fit and healthy again, to enjoy my workouts and started to notice my face become less ‘full’. Gen took my measurements and realising how many inches I’d lost was brilliant (11.5 inches in the first 10 weeks!) 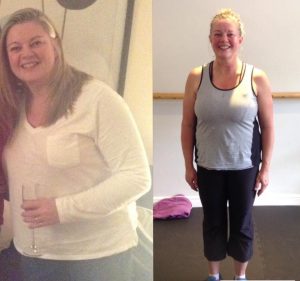 What change has had the biggest impact for you and why?

Difficult to choose just one. I’ve loved going back to exercise and feeling fit again  and eating well just makes me feel so much better. No indigestion or feeling sluggish and feeling happy in my clothes again. I’m almost where I want to be (my ultimate goal is to fit into my size 12’s in my wardrobe) but know I will get there.

I know that what I am doing is working towards a final destination but I will continue this lifestyle once that is achieved, which in turn will make me even fitter and stronger.

What is different about your life now?

I’m now conscious of the choices I make. Christmas this year was so different to last year, lasting 3 days – which were planned – not 2 weeks! It was great to not feel ill from overeating.

I’ve been armed with the knowledge of how to handle different situations (such as eating out) how to have a more relaxed attitude to food and only eating when I am hungry.  I’m now in the habit of doing 2 or 3 HITT sessions per week, now including Boot camp. I also do Pilates and walk whenever I can.

I’ve learned to love vegan food (my favourites are the hummus and fabulous chocolate balls!) and have been inspired to experiment with cooking again and learn new skills. I always start my day with hot lemon water and a green smoothie and evening meals are mostly veggie based.

I now feel like my old self. I feel happy and so glad I made the change to get healthy and start my 50’s fitter than most people in their 20’s.

I’m made up that I can do full press ups correctly! As a role model for my children, I want them to be encouraged to make healthier choices and I now feel I’m able to continue this lifestyle for life – no more diets!

What words of encouragement do you have for others?

Nothing other than – just do it.  Changes won’t happen over night and they certainly won’t happen if you don’t do anything but just keep with it. It’s not a race. Keep consistent and it will all come together.

I can’t thank Gen enough for being so supportive, her patience and her never ending encouragement. She believed in me and saw what I could achieve long before I did. She has honestly given me my life back and for that I will be forever grateful. Thank you Gen.  ❤️

And thank YOU, Debbie for sharing such an honest and inspiring story! x 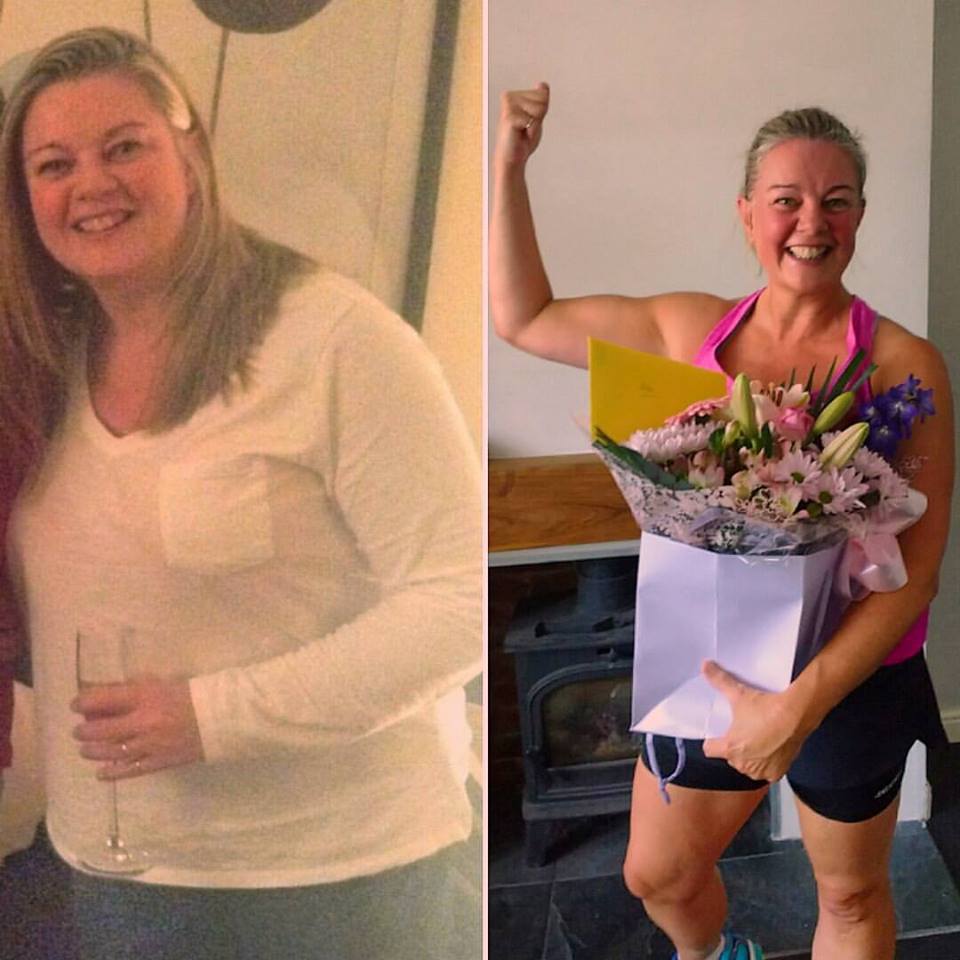 Debbie on her 50th birthday (September 2016 – after her birthday PT session!)