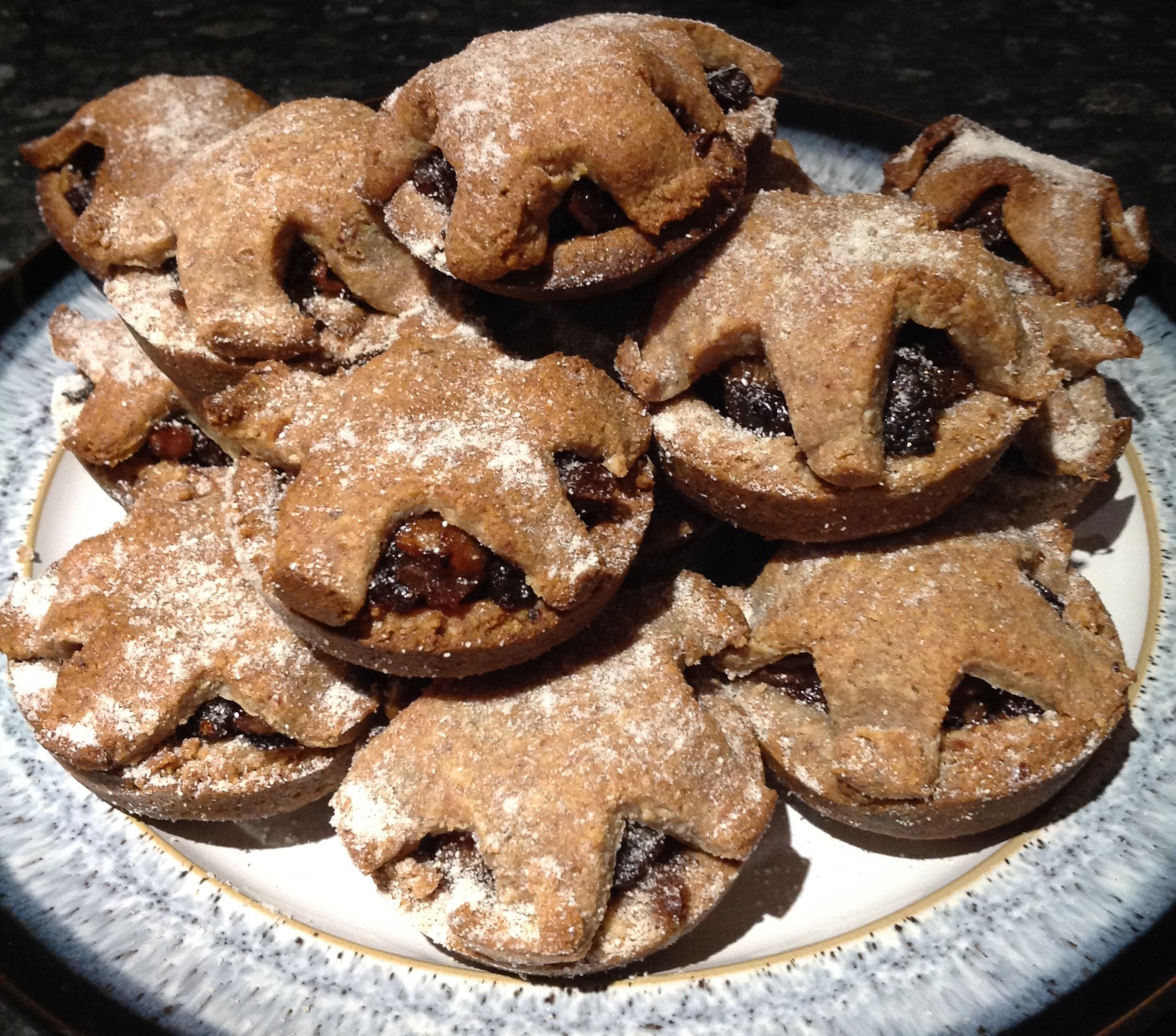 Yes it IS possible!

For years, I had been on the hunt for a decent gluten-free mince pie that DOESN’T contain numerous nasties, in order to make it taste like the regular mince pies I loved so much. I tried numerous shop-bought varieties and nothing quite did it for me.

After omitting gluten/wheat from my diet over four years ago, I believed that my first GF Christmas would probably be an extra challenging time for me. And also that I might end up missing (and mourning) traditional favourites, such as my beloved mince pies.

Thankfully, it turns out I couldn’t have been more wrong!

After I was diagnosed, I chose to embrace my intolerance by throwing all my energies in to learning and understanding nutrition and it’s affects on the body on a cellular level. This included harnessing the power of plant based foods (I am not vegan but the majority of the dishes I make nowadays are) as well as the alchemy of food.

As a result, my own health improved tenfold (I’m in better shape in my 30’s than I ever was in my 20’s!) and my study, research and personal experiences meant I was also now able to provide a greater level of nutritional information for my personal training clients; enhancing their results too!

I am so grateful for learning certain techniques involved in creating nourishing, nutrient dishes that taste frickin’ phenomenal – not like they are ‘missing something’!

And that’s pretty much the story of how these mince pies came to be! This will be my third year of making and loving them at Christmas and after tweaking it a few times since my first attempt in 2014, I’m proud to share the recipe with you now too!

Because these mince pies are made ENTIRELY from scratch (no shop-bought pastry, thank you very much!) they are also 100% vegan. beautifully satisfying and one actually IS enough – and please remember that’s coming from somebody who could quite easily have smashed through four or five regular mince pies in one sitting, back in the day…

For the ingredients, I tend to buy the organic fruit online, as it can be pretty hard to find any in the shops that doesn’t contain either oil or sulphites to preserve it! Feel free to play around with the quantities of cinnamon and vanilla too, I’m a huge fan of Ceylon cinnamon (as the attendees of my last Nourish workshop have learned!) as it makes everything taste sweeter – and you can never have too much cinnamon at Christmas, right?!  😉

I’m certainly not alone in being flabbergasted by the amount of processed sugar-laden Christmas themed items, masquerading as food on offer in the supermarket, that appears to increase every year…am I?!

And I can be 100% sure that purely from reading this, you too are a person who has made your health a priority and no longer wishes to feel the sugar high and crash (and mood low!) that promptly follows eating such aforementioned processed nasties!

So I hope you enjoy this Christmas recipe and feel as happy as I have in the knowledge that you can now experience the taste of a traditional Christmas classic, without compromising your health! 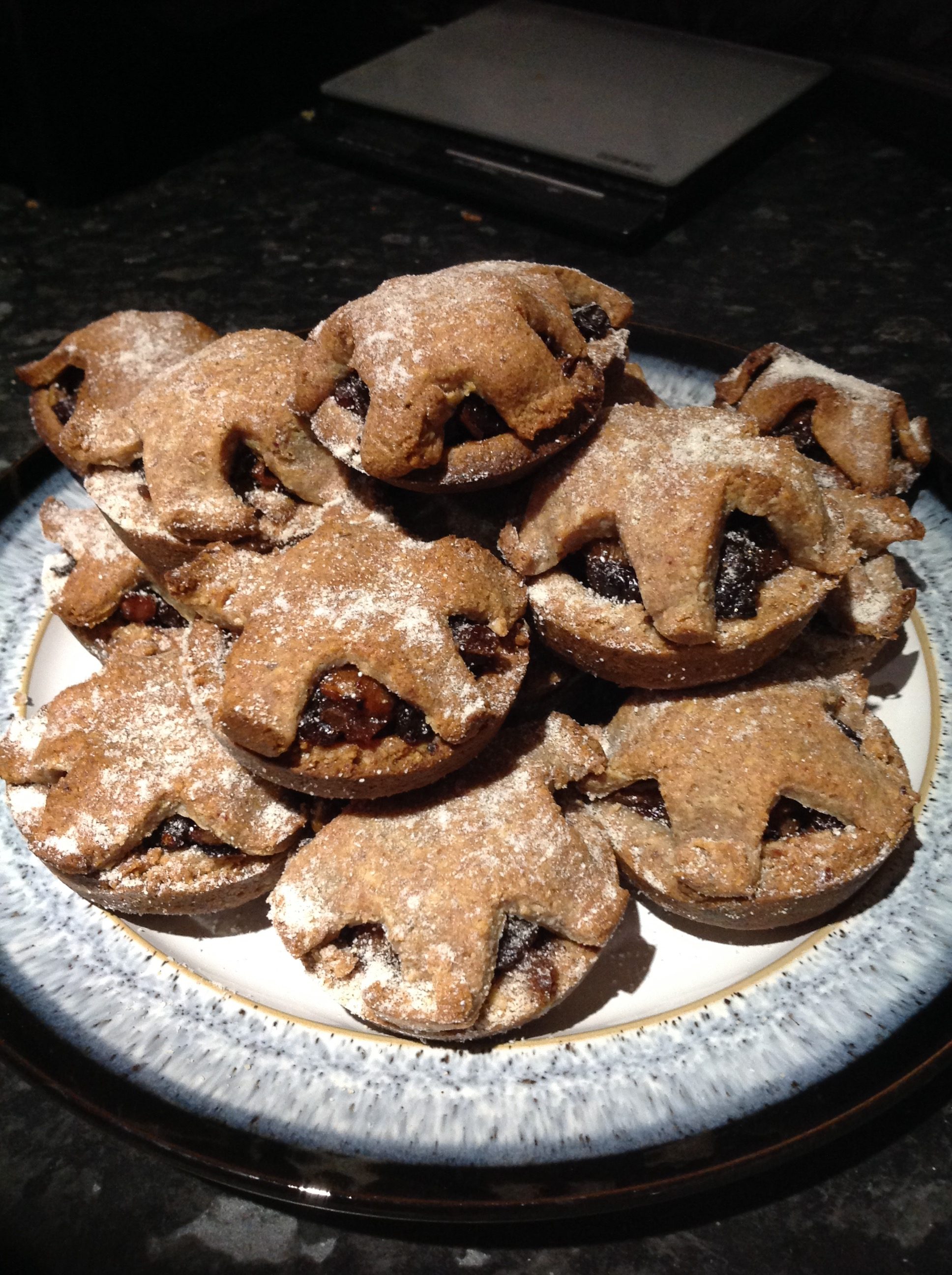